European Union About the Production of Alternative Cartridges 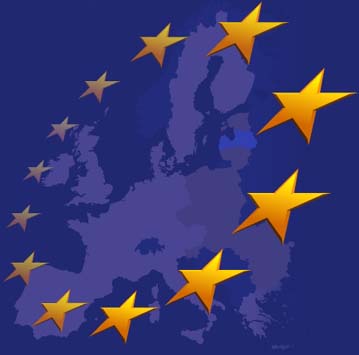 Producers of original (OEM) cartridges have always sought and are seeking for monopolizing the market. Their basic income arises no so much from the sales of new printers, as from the fact that users purchase new cartridges made by printer producers themselves. Those who produce compatible cartridges, Have retained and retain the most “unwanted neighbours” on the market. To avoid monopolization of the market of consumable materials, the Parliament Assembly of the European Union in Brussels adopted a series of laws and regulations limiting activities of companies turned to monopolization of the market of cartridges.

Producers of cartridges for such printers as Hewlett Packard, Canon, Xerox, Samsung, etc. sustained a defeat on the market of Europe. Laws adopted unanimously in 2006 prohibit compulsion of a user to purchase new (OEM) cartridges only for their printers. It may be considered winning a victory not only for cartridge buyers and also for alternative consumable materials and ecologists.

There was introduced an item in the law binding the users of cartridges to pay for their utilization. It was perceived by the market as a step aimed at supporting producers of compatible cartridges. In order not to pay for utilization of empty cartridges, it was sufficient to give or sell cartridges to those who buy used cartridges and refills the empty ones. Ecological organizations of Europe apprehended it as a great victory.

But the law affected even more printer users themselves. Buyers were tired of paying large amounts of money for new cartridges. They received the free choice and the possibility to save considerable amounts of money. And some users – the opportunity to earn selling used cartridges.

Having adopted the foregoing law the European market became liberal in the sphere of consuming expandable materials and now enable to form the whole market segment and create a great number of new 3 workplaces.

At present an average printer price is about EUR 50-200 and a complete set of new cartridges thereto may cost EUR 40-60, which makes up half of the value of printer itself. Major producers of original cartridges insert chips in their products preventing from refilling of the cartridges, i.e. a cartridge operates after the refilling but a printer gives a regular message on the error and the request to install new OEM cartridges. When producing compatible cartridges, the chips of Chinese origin are inserted which makes printers “to keep silent”.

The use of new (ОЕМ) cartridges only may have really a negative effect on environment protection. More than 100 million used cartridges are thrown per a year only in Europe. It is not surprising that in this case these “thrown” used cartridges bring in income to companies/producers to the amount over USD 10 billion.

The latest marketing research show that a share of Hewlett Packard on the market in the sphere of original cartridges in Europe makes up 44%. It is valued in the aggregate income to the amount over USD 14 billion. The remaining part of the market is shared by Canon, Epson, Xerox и Samsung. A share of other producers is worthless. Companies will fight with the reduction of such a great market in every way possible and invent new and new tricks to leave cartridge fillers without a job.

Producers of compatible cartridges with all it make up about 25% of the market and it is observed a regular growth which has accelerated owing to the financial crisis. Fillers are looking with a great optimism on the events developed in Europe and worldwide.

Still in 2006 the companies running business in filling empty cartridges, attracted attention of the Antimonopoly Commission of the European Union. They were always complaining on an unfair competition on the part of printer producers. Having considered these complaints it was resolved to consider this incident at the level of highest authority of the European Parliament. The bill had been developed sufficiently long and as a result the manufacturers of compatible products found they dreamed of for a long period of time.

Ecological organizations also did not stand aside and on their part sent regular reports on environment pollution with used cartridges to a lot of governmental organizations. It was a peculiar catalyst in adopting laws. The «Green» regard adoption of the law to be their victory and go on operating in this direction.

The law met with opposition on the part of Germany by the reason that it greatly infringed the interests of German business. Major chemical companies producing toners, photo cylinders, doctor blades and other components for the production of OEM cartridges are located in Germany.

Adoption of the law gave the opportunity for developing the industry of compatible consumable materials easier and to free the producers of used cartridges from monopoly pressing on the part of printer producers. A lot of businessmen started arranging business on filling, renewal and buying-up of used cartridges. The formation of multiple new workplaces has started. It became actually possible to save money by printer users.

The state support of the companies engaged in cartridges recovery has been rendered in the USA and a number of other developed countries for more than a year already, which allows saving monetary resources and to protect environment.

Is it possible that we again retain in the company of the third world states, where industrially developed states throw away their waste?

The information was compiled from open Internet sources